On the institutions impacting the operational space of civil society

The operational squeeze that NPOs face in their day-to-day functioning can be traced back to the global counterterrorism architecture, which has seen steady consolidation since the fateful events of 9/11. The United Nations (UN), through its Resolutions and sanctions regimes, provides the overarching counterterrorism structure. The task of countering the financing of terrorism has primarily fallen, however, to the Financial Action Task Force (FATF) – a body set up in 1989 by the G7 primarily to tackle money laundering, whose brief was then expanded to include countering the financing of terrorism (CFT) and countering proliferation financing. A task force and not a treaty body, it was thus set up so that it could be agile in policymaking, complementing the UN’s CFT efforts through its own 40 Recommendations (‘the FATF standards’).

Click the links to learn more about how it works (FATF Explained), and why it matters for NPOs (FATF & NPOs). 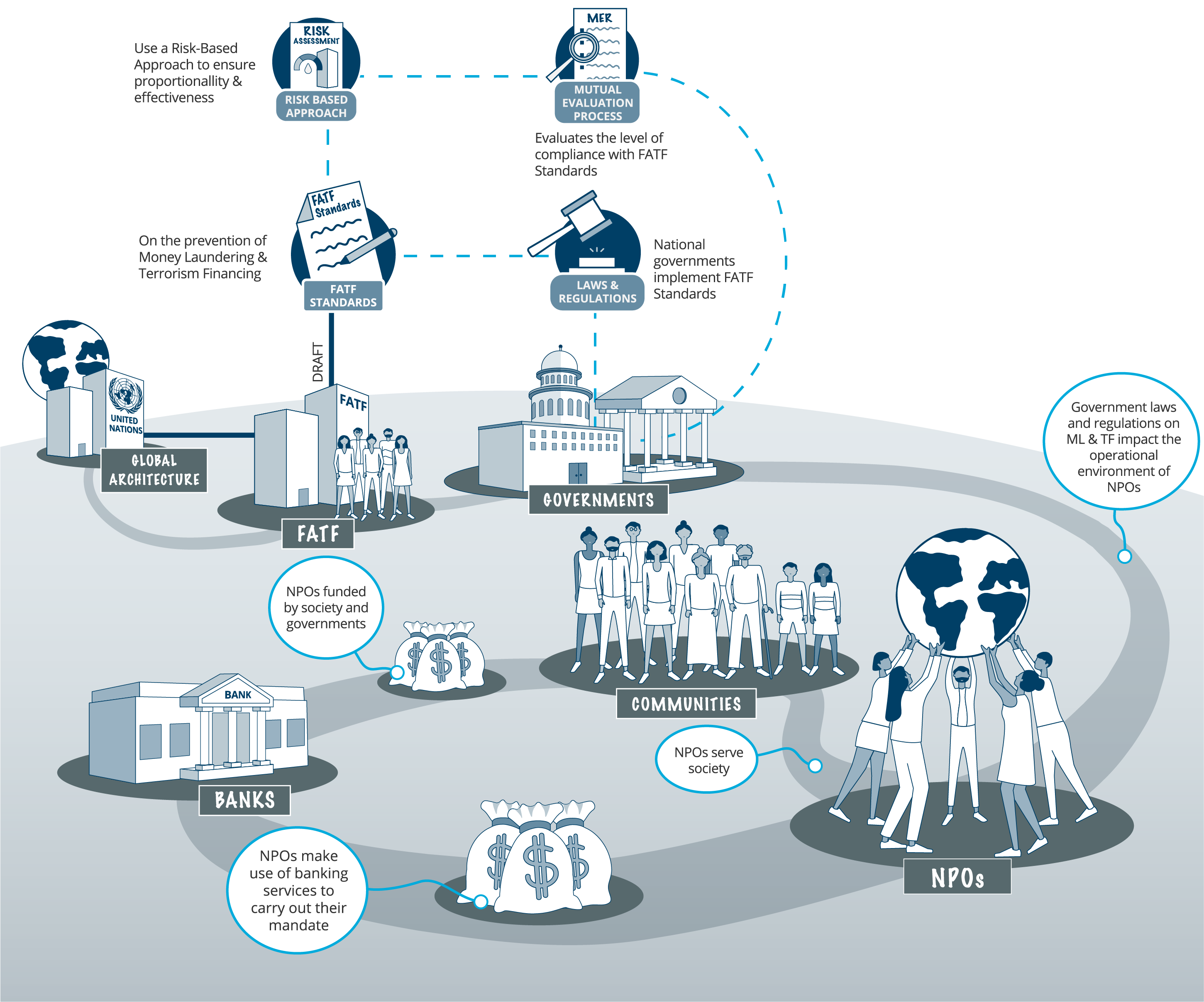