Of the 40 FATF Recommendations, Recommendation 8 on NPOs specifies a broad requirement to regulate the nonprofit sector as a whole for greater transparency and accountability. Money flows in and through NPOs are seen in the FATF standards as a potential source for the financing of terrorism. Governments are required to protect the NPO sector from becoming abused or misused for financial crime purposes through the implementation of a regulatory regime that adequately and effectively addresses terrorism financing risks in the sector.

Recommendation 8 was revised in 2016, after persistent and hard-fought lobbying from the Global NPO Coalition on FATF, resulting in the removal of the long-standing characterization of non-profits in the Recoomnedation as being 'particularly vulnerable' to terrorist abuse. The earlier language led to over-regulation and inappropriate restrictions on NPOs, hampering their legitimate and essential work around the world.

The new wording of Recommendation 8 clearly acknowledged that not all NPOs were at risk and directed countries to undertake a risk-based approach when considering counterterrorism financing measures.

The FATF emphasizes the application of a Risk-Based Approach to regulating the sector so that legitimate charitable activity is not impacted. The implementation of the standards at the national level, however, have not always been risk-based or proportionate, with the one-size-fits-all approach leading to unintended consequences for the sector, including operational difficulties impacting freedoms of association and expression, and issues with financial access.

Many of these restrictions have, however, already been codified in national laws.The tendency is still to over-regulate the NPO sector - not effective either for the government in terms of its AML/CFT mandate or for the NPOs in terms of their day-to-day operations. 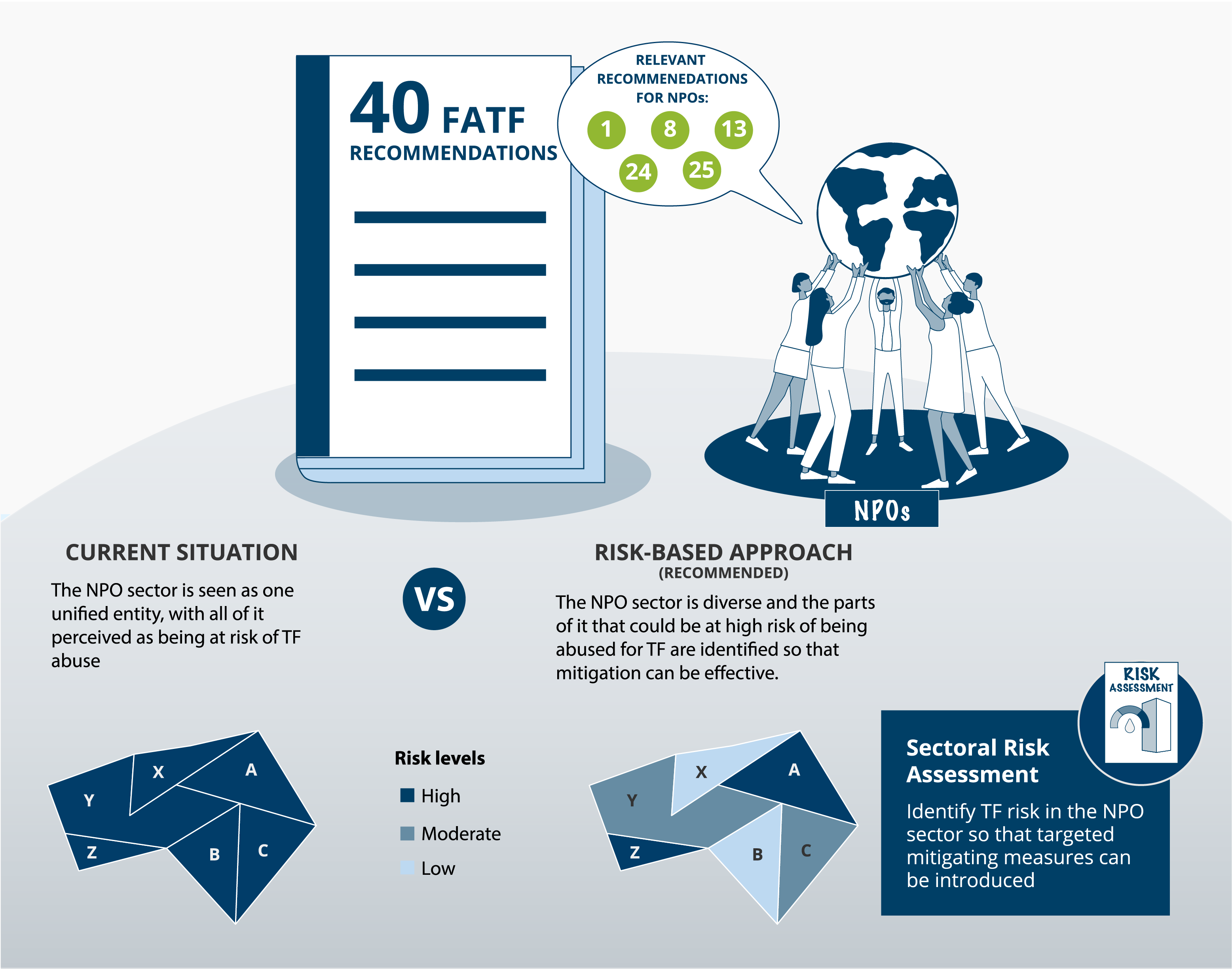